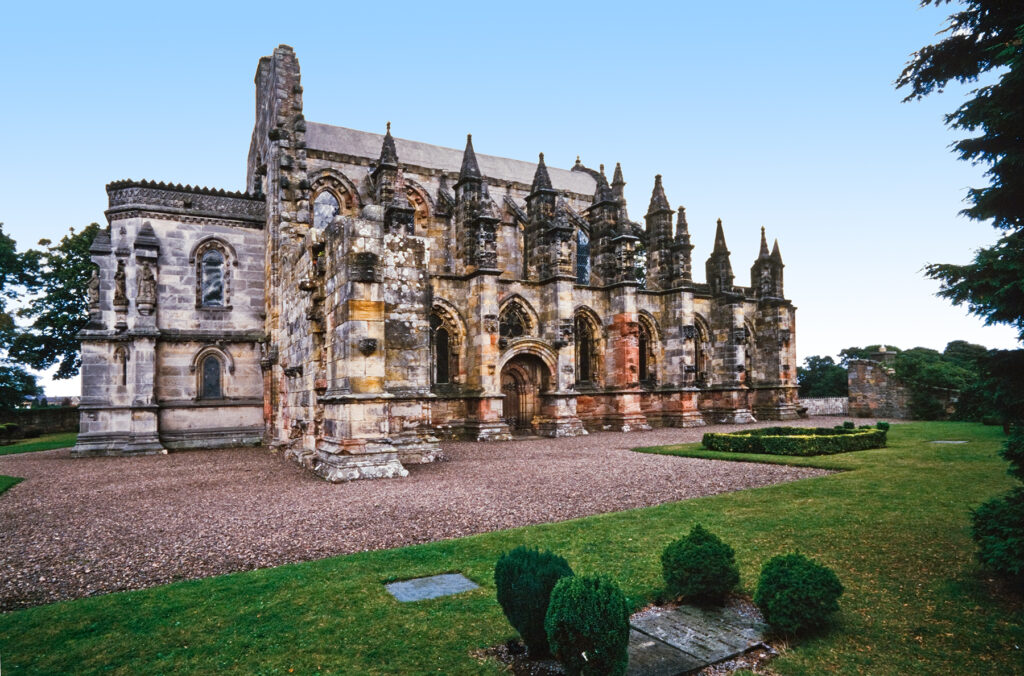 Rosslyn Chapel, a Category A listed building and Scheduled Ancient Monument, now features a Building Management System (BMS) supplied by Priva as part of a wider refurbishment project that has seen the construction of a new visitor centre and a special biomass plant that heats the whole site. The Priva BMS, which was engineered and installed by Campbell Control Services, brings this 15th Century building firmly into the modern era in terms of cost-efficient, environmentally-friendly building management, all without any alterations to the historic fabric of the structure.

Located approximately 7 miles south of Edinburgh, Rosslyn Chapel was completed in 1484. Described as an “Architectural Wonder”, the chapel can offer many famous and infamous chapters in its history. For instance, it was used to stable the horses of Oliver Cromwell’s troops as he sacked nearby Rosslyn Castle in 1650. It has also fuelled inspiration for famous poets following visits by Robert Burns in 1780 and William Wordsworth in 1803. Curiously though, it is probably best known for a far more recent event. The chapel is a major feature in the last part of Dan Brown‘s 2003 novel, The Da Vinci Code. In fact, the chapel was used for filming The Da Vinci Code movie in 2005 – lead actor, Tom Hanks, was on location here for about a week.

Despite a rich and varied past, Rosslyn Chapel has not escaped the ravages of time. This, together with the Scottish climate and human intervention, prompted the start of restoration intended to preserve the building for many future generations. In 2007 the chapel was awarded £5 million in funding from the Heritage Lottery Fund and Historic Scotland to help meet this ambition. In addition, the installation of a biomass plant on site was funded by Community and Renewable Energy Scotland (CARES).

“In total the project embraced the full conservation and restoration of the chapel and included a new visitor centre and the establishment of a centralised heating biomass plant,” explains Mark Napier, technical director at Harley Haddow.

Anyone who has been inside a chapel will vouch they are not the world’s warmest places. But too much heat and humidity can also have a negative effect on the historic features and artefacts housed within. The trick is getting temperature and humidity just right, a target ably met using the Priva BMS technology installed by Priva partner, Campbell Control Services.

“The energy efficient refurbishment of the chapel presented a particular set of challenges,” says Mr Napier. “One of the main aims was to keep the environment within the buildings at defined temperature and humidity parameters in a manner sympathetic to its historic aspect. This has been achieved using four RF sensors that measure temperature and humidity without the need to use wiring and trunking, which would have potentially caused damage to the fabric of the building.”

A similar configuration is employed for the visitor centre control panel, although this uses an HX6E controller and is also linked to a front-end PC loaded with Priva’s TC History, an application for long-term data logging that retrieves and stores selected data online in an open database. As a result, this panel is able to display energy savings and carbon reduction through a 10” LCD screen located in the visitor centre using Adobe Flash. All visitors can now view the ongoing fruits of Rosslyn Chapel’s conservation efforts.

Because of its modular construction, the Priva Compri HX controller can be customised to meet the requirements of specific applications. Furthermore, the system can easily be extended at a later date. The I/O modules are universal and multifunctional, so that connectors seldom remain unused, while all settings can be viewed and modified via a clearly laid out control terminal. The high processing speed, extensive memory and built-in safety features of the Compri HX guarantee the system’s reliability and continuity, both now and in the future.

A further Priva panel at Rosslyn Chapel controls the biomass plant, this time deploying a Priva Compri HX4 base module. The biomass plant runs on woodchips or process chips to create a virtually zero carbon heating system for the chapel and visitor centre. The Priva system also monitors conditions outside the chapel and activates fans if there is any advantage to using external temperature/humidity. There is a small back-up oil-fired heating system, although the biomass plant is more than sufficient to handle peak loads. For instance, there is a special ‘Sunday Service’ mode (via the Priva BMS) that overrides the normal environmental heating to give occupancy heating during this busy time. Only ‘comfort’ heating levels are supplied to the visitor centre.

“I was very comfortable with the recommendation of Priva BMS equipment for this project,” states Mr Napier. “Unlike certain other brands we’ve encountered, Priva is both flexible and accessible. We had used Priva before for a project at the Glasgow School of Art where it proved very successful.”