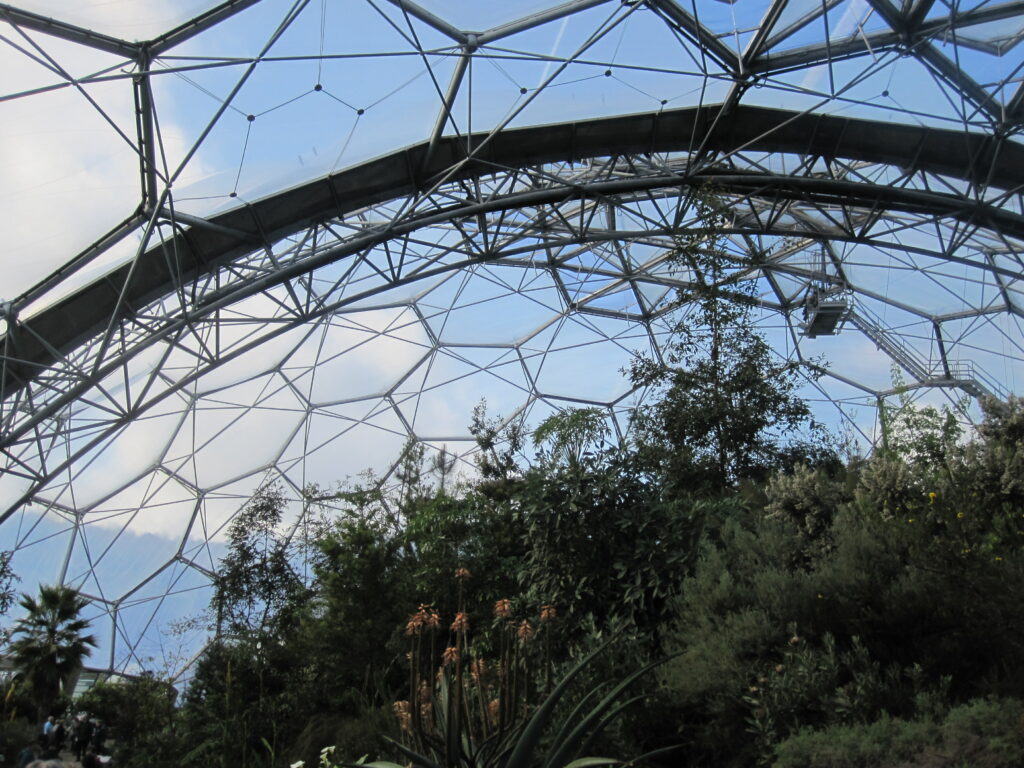 Three years on from the installation of intelligent BMS technology from Priva, the Eden Project in Cornwall can reveal a staggering reduction in its carbon footprint, matched by cost savings of £457,000 over the three-year period.

As a world-famous attraction that invites millions of visitors to learn about nature, the Eden Project is understandably concerned about its own environmental impact. Eden has put in place ambitious targets to cut its carbon dioxide emissions by 30% by 2014 and by a further 50% by 2015.

The large and environmentally-sensitive Eden Project site was previously controlled by 49 separate control systems – many of them outdated.

Yet Eden staff found that maintaining the delicate climate inside Eden’s huge, domed ‘Biomes’ required an enormous heating load that created a carbon footprint at odds with its green ethos.

Three years ago, Eden undertook a project to control its indoor climates more efficiently by updating its Building Management System (BMS). However, the integration between horticultural and building control systems on a huge scale posed a considerable headache.

Priva technology was used to integrate all aspects of the horticultural and building control systems, helping to dramatically reduce the site’s energy burden.

Under the old BMS, Eden had no less than 49 separate control systems operating across site. Worse still, many of its controllers were no longer supported by their manufacturer. What Eden needed was a single intelligent system that could control every part of the site.

In 2010, building controls specialist CambridgeHOK began installation of a new, state-of-the-art BMS from Priva Building Intelligence. Priva, a company that has its roots in creating optimal greenhouse environments, now applies those control principles across the whole of the built environment. Its partner CambridgeHOK is the UK’s largest manufacturer of commercial and research greenhouses.

Priva technology was chosen for the project because its controllers are wholly future-proofed. CambridgeHOK applied its in-depth knowledge of controlling horticultural environments to provide bespoke engineering and programming of the Priva BMS system, ensuring it met Eden’s very precise requirements.

“We were really keen to make sure the system will not become obsolete a few years down the line,” comments Matt Hastings, Energy Manager at the Eden Project. “Fortunately, the Priva technology is flexible enough to evolve as the Eden Project evolves. Priva’s company ethos of sustainability also matches what the Eden Project is trying to achieve.”

Over the last three years, Eden has recorded dramatic reductions in both gas and electricity use, as a result of the improved energy management. Far surpassing its own predictions, Eden has saved £414,860 on electricity and £43,059 on gas since 2010 – a combined cost saving of £457,919 in just three years.

Eden has also made huge strides towards meeting its carbon targets, by saving 781.4 tonnes of CO2 over the three-year period.

“Improving energy efficiency and overhauling the building controls at the Eden Project was always going to be a complicated and daunting task,” says Eden’s Matt Hastings. “Although several BMS manufacturers were able to supply a system to us, Priva Building Intelligence and CambridgeHOK were the only ones with the depth of understanding to make the project into a reality.”

He adds, “The result is a site that is streamlined, allowing for better communication between all parts of the Eden Project, while also using dramatically less energy. We consider carbon reduction an on-going part of the Eden Project’s ethos, and Priva intelligent building controls technology continues to play a key role in helping us to meet our sustainability goals.”