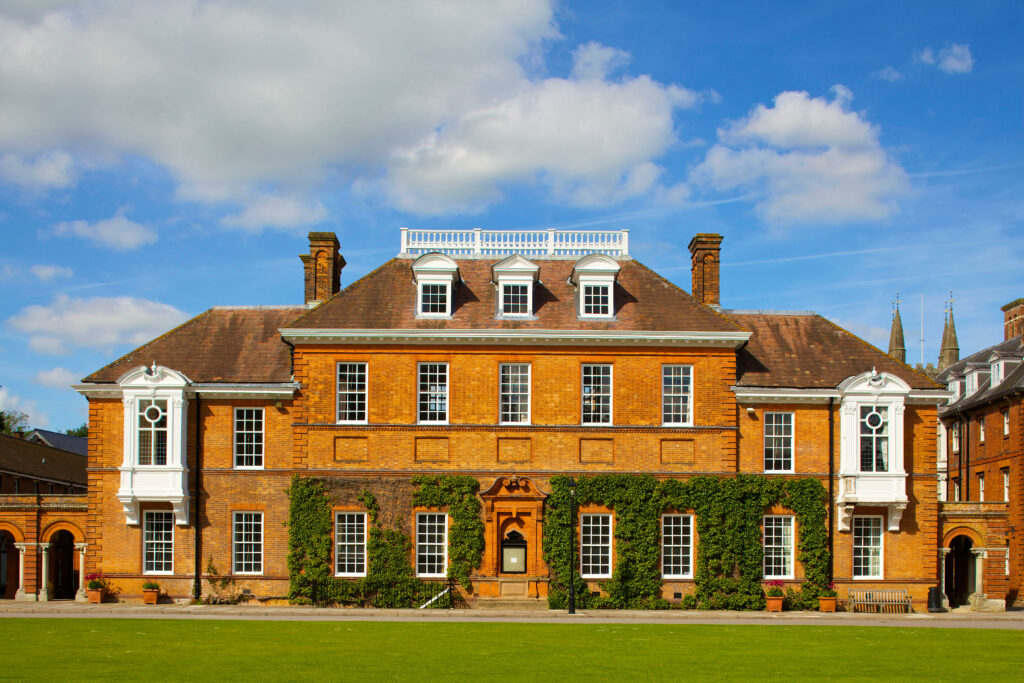 Marlborough College has taken a giant leap forward in its building management practice by replacing its old stand-alone series of building controllers with a Priva internet-compatible, remote access BMS. The project, which sees the ‘integration’ of around 40 separate buildings, has allowed this prestigious independent boarding school to save phenomenal amounts of man hours and redirect resources into other functions.

“Initially Marlborough College investigated the possibility of integrating its existing stand-alone controllers into a network for use by a BMS system,” explains Derrick Lailey, project engineer for PA Collacott & Co, the Priva partner responsible for installing the new system. “However, this idea was deemed uneconomic as the controllers were not internet compatible.”

The idea to use Priva proved far more appealing, especially as the college’s existing system had no central reporting features. The functionality, flexibility and modularity of the Priva technology soon led Marlborough College to make the step to a fully integrated BMS.

“The college liked the fact that with Priva there are no protocol or modem compatibility issues,” says Mr Lailey. “We explained that the system would create a central head-end computer, located in the IT service racks, whereby important performance data could be accessed over the web at three PC points, one in the central boiler house and the other two in the estates office. Additionally, the head mechanical engineer/boiler house manager would have a laptop that would allow him to connect remotely to the system and take control of the BMS from anywhere in the world.”

The 40 or so buildings at Marlborough College are made up of classrooms, residential blocks, leisure buildings, libraries, plant/equipment houses and stores/stock rooms. Prior to the installation of the Priva BMS, a simple change to heating timers would require an engineer to walk around all of the buildings and change the data using a plug-in, hand-held interrogation device. This simple task could take hours if not days to complete. Now it can be done in seconds using a few keystrokes on a computer.

Founded in 1843 in the market town of Marlborough, Wiltshire, the college is a flourishing and fully co-educational, independent boarding school for pupils aged between 13 and 18. It was established when a group of Church of England clergymen, with the backing of the Archbishop of Canterbury, were looking to found a boarding school with the prime purpose of educating the sons of clergy. Hearing that the Castle Inn at Marlborough was vacant, they took a lease and the rest, as they say, is history.

With historic buildings of this ilk it is always important for BMS installations to respect the structure of walls, ceilings and floors. However, because the Priva system does not require screened cabling, it can utilise existing BMS cabling (assuming it is still fit for purpose) thereby safeguarding the building’s fabric.

The installation process at Marlborough College involved PA Collacott removing the old stand-alone controllers and I/O boards, replacing them with Priva system components. In all cases a professional assessment of the existing cabling and sensors/field devices was made – these were used wherever product integrity allowed their ongoing use – if not, then replacements were fitted. By working closely with the college staff, in particular the IT department and mechanical engineers on site, it was possible for the team to ensure a smooth transition between the two systems. Ultimately the process was completed in the most cost effective manner, with disruption to the school’s every day operation kept to the absolute minimum.

Priva HX6E and HX8E BMS systems form the basis of the system. Both are internet-compatible controllers and can be connected easily via the Ethernet port to the Local Area Network (LAN). In some instances, where an Ethernet connection was not required, a simpler, more cost effective unit such as the HX3 or HX4 was installed.

Once all of the Priva kit had been installed the software was commissioned and the system went live at the end of May 2010. PA Collacott & Co is also providing ongoing training for the College’s maintenance engineers to ensure that they remain comfortable and familiar with the new system.

“The saving in man-hours for Marlborough College has been phenomenal,” says Mr Lailey. “All of the resources required previously to attend to the stand-alone controllers has now been redirected to other important functions.”

Among the many additional benefits, the college now has far better sequencing on its boilers – all three on-site boilers can now perform heating or hot water tasks whenever required. Also, due to the detailed reporting capability of the Priva BMS, on-site engineers can now pinpoint immediately any areas requiring investigation – before it was like finding a needle in a haystack – saving huge amounts of time and cost.

At present the Priva BMS oversees all of the college’s heating, hot water and air system requirements. Heating oil levels are configured so that alarms are sent to the estates management team once ‘reorder’ levels are reached. The system also controls and monitors data from the only new building in the mix – the Heywood House – which is equipped with ground source heat pumps and solar panels. At present, only a small amount of metering is undertaken. However, this latter function is set to increase in the near future as the modularity of Priva systems allows expansion at any future point.

With this in mind, Marlborough College is now seeking to expand the system to incorporate the kitchen steam plants. At present, a college employee has to start the steam plants manually at 05:30 every morning. He is looking forward to a lay-in!