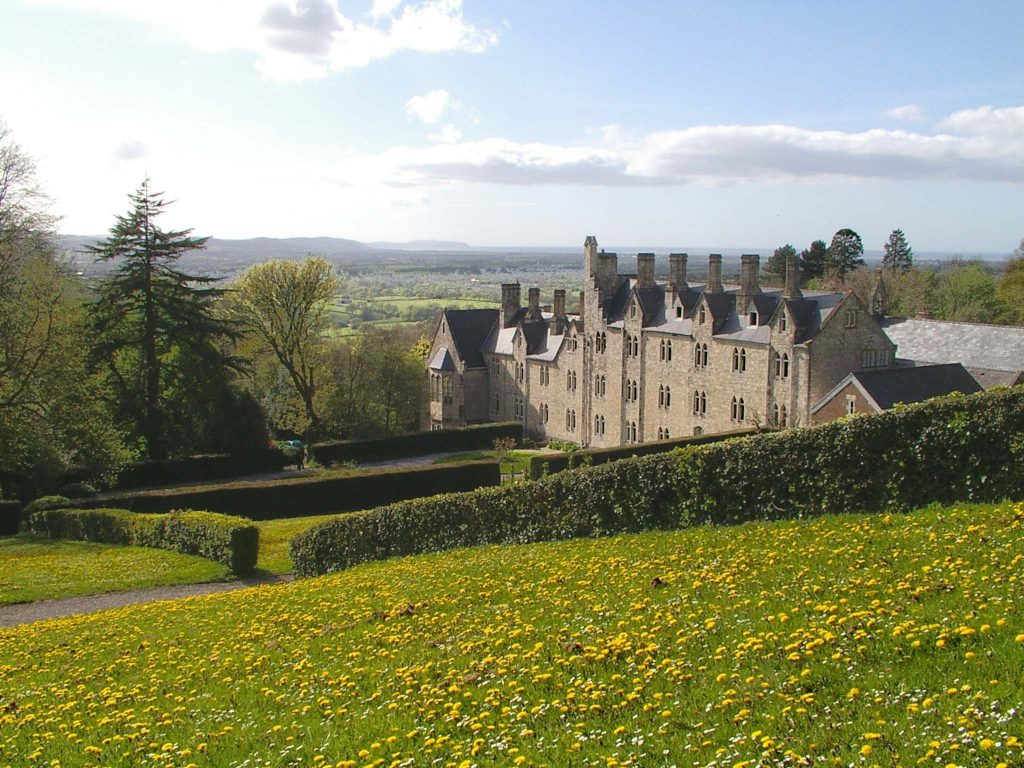 St Beuno’s is a large 19th century building based in the pastoral Denbighshire countryside of north Wales. It was built in 1848 as a place of study for Jesuits on the lines of a small Oxbridge university college. Interestingly, in Victorian days there was a heat exchange system in place that allowed heat from nearby greenhouses to be brought into the main house, indicating an early fascination with heating innovation. However, oil-fired central heating was installed in the 1940s to replace open fires as the principal form of heating.

The building features high ceilings, large corridors and many single glazed and stained glass windows. As a Grade II listed construction, changes to the outside and structural alterations inside are difficult to implement and require local government approval. With this in mind, keeping such a building heated uses much energy and there exists an almost continuous process of trying to reduce rates of consumption.

“The existing building management system had been installed in the building’s plant room,” says Ben Johnson, Engineering Director at Wren Electrical Services. “It consisted of a PLC that was not ﬁt for purpose, a number of separate time clocks for the pumps and a separate temperature controller to ‘control’ three oil-ﬁred boilers. The inadequate design of the system made it almost impossible to obtain correct and energy efﬁcient control of the heating system throughout the building. In addition, there was no user interface for staff on site to change times, set points or view alarm history, while the BMS panel was not up to current electrical regulations.”

During the planning phase, Wren Electrical drew up a number of project goals, which included obtaining correct control of the heating plant and making the system more user friendly. Further objectives focussed on having all of the heating controls in a central panel, at the heart of which would sit a Priva Blue ID BEMS.

“Our solution was to start from scratch with the building management system – to design, build and install a new control panel with a new BEMS,” explains Mr Johnson. “In addition, the panel was to have a user-friendly touchscreen display.”

To achieve this, the plant room’s new electrical control panel was designed to suit all existing plant equipment and manufactured and installed according to BS7671. The use of Priva Blue ID eliminated the need for separate time and temperature controllers as previously installed.

Contained in the panel is a circuit breaker identiﬁcation chart and the control panel drawings. In fact, the BEMS strategy had been completely rewritten to suit the purpose.

“Our client and the maintenance team at St Beuno’s were given demonstrations of the system and shown what information Blue ID could display, and they were very impressed,” says Mr Johnson. “Although this project was relatively straightforward, the support we receive from Priva on more complex installations is always fantastic and is a major contributing factor behind our ongoing use of Priva products.”

The project at St Beuno’s Jesuit Spirituality Centre was completed in November 2015, which means it is too soon to calculate annual savings in energy consumption. However, it is anticipated that the heating controls upgrade will achieve a rapid return on investment.